Voters in eight states passed marijuana legalization laws following the 2016 presidential election, giving pot legalization the required momentum for more states across the country to carry out discussions on the decriminalization of cannabis in 2017.

Here are the states that may legalize marijuana in the coming year:

The recreational legalization of marijuana is expected to be discussed by the state’s officials in early 2017. Sen. Margaret Rose Henry, during a Medical Marijuana Act Oversight Committee meeting in October, said: “It’s time to certainly look at it.”

The senator is responsible for drafting the state’s medical marijuana bill and Delaware’s Democratic Governor-elect John Carney also supports the decriminalization of marijuana in his state.

“We’re looking at it,” said Rhode Island Gov. Raimondo, Providence Journal reported on Oct. 29. “If I could get myself comfortable that we, the state, could legalize in a way that keeps people safe, keeps children safe, folks aren’t getting sick, then I would be in favor.”
Read more HERE.

Even as more and more states allow their residents to use marijuana, the federal government is continuing to obstruct scientists from studying whether the drug is good or bad for people’s health.

A report published last week by the National Academies of Sciences, Engineering and Medicine points out that scientists who want to study cannabis have to seek approvals from federal, state and local agencies and depend on just one lab, at the University of Mississippi, for samples. As a result, far too little is known about the health effects of a substance that 28 states have decided can be used as medicine and eight states and the District of Columbia have approved for recreational use.

The situation is so absurd, the report says, that chemists and brain researchers are not allowed to study cannabis concentrates and edibles. Yet those forms of the drug are widely used. For example, in Colorado, where voters decided to create a regulated market for marijuana in 2012, sales of concentrates reached $60.5 million in just the first three months of last year.

Many of the research restrictions stem from the federal government’s decision to classify marijuana under Schedule I of the Controlled Substances Act, which limits access to funding, among other burdens. The report, which was written by a committee of health experts, does not go as far as calling for reclassification, something that Congress or the executive branch has the power to do.
For more info, read HERE.

Ask anyone who’s thought about trying cannabis for the first time how they imagine themselves using it. They’ll all probably say something similar. Whether it’s a bong, a blunt, a joint, or a bowl, most newbies who think about using cannabis think about smoking it. But today, smoking represents just a fraction of the methods available for getting cannabis into your system. And compared to those other techniques, smoking is, unfortunately, one of the unhealthiest ways to do it. But besides the health concerns, there’s the stigma of the look. The perception of toking turns off some adults who are new to weed or want to do it on the sly. They just aren’t down with the idea of ripping a bong or passing a blunt. It doesn’t match their lifestyle or their self-image. Fortunately, the fast-expanding cannabis market offers many reliable alternatives. So keep your lungs healthy (or your image intact) with these 6 smoke-free ways to consume cannabis.

Even moms are likely familiar with the phrase “special brownies.” And homemade or store-bought edible treats are among the most popular ways for getting high. Since the active components of cannabis easily dissolve into fatty acids, you can put THC or CBD in basically any food that calls for butter, milk, or oil.

You can put cannabis oil in or on just about anything you can eat. But why stop there? Chewing gum, lemonade, coffee and tea: you can spice all of these up with a kick of the special herb. Dispensaries and retail shops are making a killing selling all kinds of edible goodness. In fact, the options might be too varied for a newbie!

San Diego County has farmers who have worked in the region’s rural residential and commercial agricultural zones for generations. Many of these residents would like to continue this tradition — not by growing avocados or tomatoes — but by lawfully growing cannabis and hemp on their existing properties.

This may prove difficult given that upcoming actions by the county Board of Supervisors may ban local cultivation altogether or relegate it solely to medical dispensaries. Either of these actions would leave independent farm-to-market businesses literally out in the weeds.

Under these laws — the Medical Cannabis Regulation and Safety Act, enacted in 2015 and the Adult Use of Marijuana Act, approved by voters in November — farms that receive zoning approval from local jurisdictions can then apply for a state license.

Those without local permits will have to leave their land untilled.

The problem is that navigating this politically charged process is far from clear — and, as of today, no local communities have allowed outdoor cannabis farms to take root.

Hemp plants have significantly fewer cannabinoids than cannabis. That means that to get enough CBD, producers have to process many more hemp plants than they do when they get CBD from a cannabis plant. Some experts have said that hemp CBD could, therefore, introduce contaminants and impurities into the final product.

Others have argued that CBD is most effective when it interacts with other cannabinoids and terpenes found in cannabis plants. And since hemp plants are so low in these other, complementary chemicals, hemp CBD might not be quite as potent. 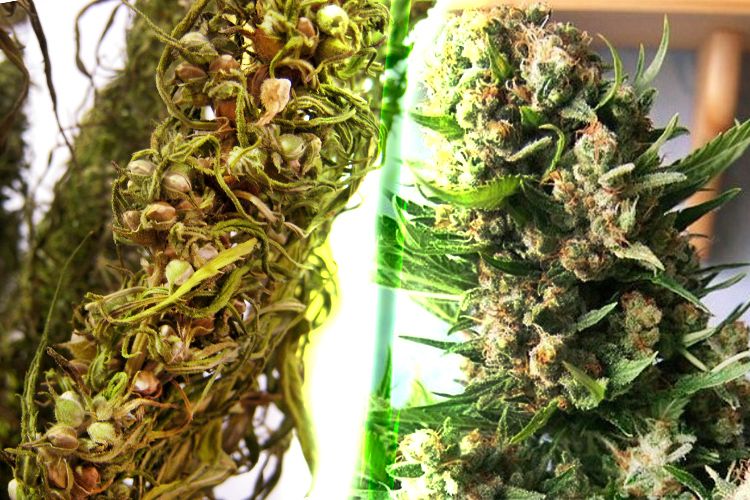 But on the plus side, hemp-derived CBD has historically been easier to get onto the legal market. That’s because although cannabis is illegal at the federal level, many farmers can legally grow hemp as an industrial crop. This means that it’s usually easier to produce CBD products from hemp than it is from cannabis plants.

But the laws that govern CBD in the U.S. could be getting a little bit trickier. Last month, the DEA made some slight changes to its rules about cannabis and CBD.

Know more about it HERE.

The cannabis business had some big wins during this year’s election. Now, that’s stimulating predictions of major greenback growth along with ever-more sophisticated marketing strategies on the part of cannabis companies.

In November, citizens of four states—California, Massachusetts, Maine and Nevada—voted to approve recreational cannabis usage for adults 21 or over. They join four other states where the drug can be used recreationally: Alaska, Colorado, Oregon and Washington, along with the District of Columbia. Meanwhile, voters in Florida, Arkansas, North Dakota and Montana also approved the legalized use of medical marijuana. All told, 28 states have opened up to medical usage. Given all that activity, Matthew Karnes, founder of the marijuana financial consultancy GreenWave Advisors, predicts that the legalized U.S. industry will grow from $6.5 billion in sales during 2016 to $30 billion in 2021. He estimates that by 2021, marijuana marketing will total $75 million.

Agencies are clearly picking up on the opportunity. Marijuana Business Daily has a directory that lists about 170 advertising, public relations and marketing agencies that are drumming up business nationally. A host of others are focusing on business in specific states.

The budding industry has come a long way over the past several years. “In 2011 and 2012 branding was very unsophisticated. There weren’t a lot of companies that paid attention to that part of their business,” said Chris Walsh, editorial director of Marijuana Business Daily. “We’re starting to see it catch up to the rest of the business world.”

The organization, born from the 2013 merger of Lee County’s primary mental health and drug treatment centers, decided that most of its patients have psychological disorders that the drug might worsen, said SalusCare Medical Director Dr. Adrienne Eisner.

“It’s approved for medical purposes but for psychiatric purposes it can be pretty damaging, especially with the patient population we see,” Eisner said. “We see a lot of psychotic disorders — schizophrenia, schizoaffective disorder, even major depressive disorders with psychosis — and marijuana can cause severe paranoia and even increase the psychosis.”

Legislation to legalize marijuana for medical purposes in Tennessee will once again be debated when the state General Assembly convenes on Jan. 10. State Rep. Jeremy Faison, R-Cosby, and Sen. Steve Dickerson, R-Nashville, are planning to introduce legislation to approve medical marijuana.

The Tennessean reported last month that although the measure is being introduced by Republican members, the Nashville newspaper has learned the bill will likely see opposition from key GOP legislators in both chambers, including Majority Leader Rep. Glen Casada, R-Franklin.

Last year a bill to allow military veterans suffering from PTSD (post-traumatic stress disorder) to be given access to medical marijuana died in a House subcommittee. Similar bills to legalize marijuana for medical use in Tennessee have stalled in the General Assembly in recent years.